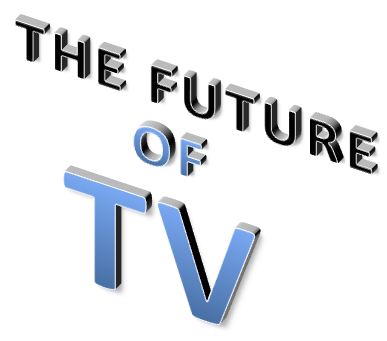 Apple TV, Google TV and let’s not forget Facebook, Amazon, Microsoft or Sony. Here at the iij, our money is on someone else.

Don’t get me wrong, I’m not claiming that there’s anything like enough in terms of cold hard facts to make a satisfactory prediction regarding whether (or which one) of these big guys could come to dominate our video consumption lifestyle.

Don’t believe anyone who tells you it’s a shoe-in for any of them, if for no other reason than the one which even they themselves would admit: there is simply too much under wraps right now (although many at the recent CES were breathlessly whispering ‘it’s all going to happen this year’ whatever that might mean).

The point of this article is to open up a debate about how the current ideas regarding user generated content, emergent business models and affinity spaces all look set to converge in ways which will surprise us in terms of how unambitious we are today, simply because of the inadequacy of our current ‘content refactoring tools’.

Gamification as we knew it, which added ‘superficial’ game dynamics to non-games will also be transformed by this convergence into ‘facilitating the introduction of emergent gameplay’ into the processes associated with creating non-game content.

Monetisation of these phenomena will be about facilitating ‘respect for ownership’ at every ‘content emergence nexus’ so that arbitrage can be sustainably conducted and markets can be open, fair and attractive i.e., they can ‘pass the Reddit test’

But (you knew that wicked word was coming) if you are looking for the kind of inside track that might just nail it, I would suggest that you could do worse than keeping a beady eye on the highly regarded nous of a certain Mr Newell.

The funny thing is that nobody really has even the faintest idea what ‘not getting things right’ in this context actually means, other than spending billions and having little or nothing to show for it.

We have no clear picture (despite a plethora of early sneak previews) of exactly what a TV viewing experience dominated by one of these players would actually look like, or more specifically, what would be so very different from our current viewing experience (which already includes plenty of ‘non-TV channel video’ from the likes of YouTube anyway).

Would the ‘next generation TV experience’ be characterised by:

If the contest for the future of TV all depended upon the winner successfully implementing items 1, 2, or 3 then it would probably be mostly about who could throw the most money at it, and that would seem to inevitably favour the biggest contenders.

But I am just not convinced that the scope for either innovation or investment in all or any of those three areas shows any prospect of being decisive.

Don’t rely on my judgement, just ask yourself this question:

“Is there anything I have seen recently which leads me to believe that there is some new content, or new monetisation approach, or new content selection process which, if one of these mega-contenders introduced it, would enable them to become the supreme overlords of our silver screens?”.

If your answer, like mine, was a resounding ‘not really’, then, unless I am much mistaken, the outcome of this race will either be ‘nobody wins’ (and things on the box stay pretty much as they are, with a continuing diversification of video content distribution sources and technologies, with no single party in charge) or that the winner will be decided by a contender who somehow manages to master the wide open field that is option 4.

Now I need to make what may seem to some to be an unreasonably harsh claim.

None of the other big contenders seem to be really at home with option 4.

It requires a business which is comfortable with the idea that the business models required will be ‘emergent’.

“Collaboratively facilitating/participating in/monetising user-generated and user-monetised business models which combine user-generated  and non-user generated content in a way which offers the means to satisfy every party’s expectations of ‘respect for ownership’.

The only person who convinces me that he has an organisation which combines both the necessary in-place infrastructure, with sufficient commitment to the recursiveness and pain-tolerance required to let a significant proportion of that infrastructure utterly destroy and rebuild itself comprehensively, rapidly and repeatedly enough to be able to tackle this unprecedentedly Byzantine challenge, gives all the clues to his intentions/capabilities in the video below.

The realisation is this: whatever it takes to discover new business models based upon entertainment related experiences, it turns out that users (‘players’) if they are given exactly the right basic tools, have, in his experience/judgement the propensity to:

at a pace and scale of proliferation which would inevitably outstrip any ‘organisation’ which was constrained by factors which had less fluidity and self-reconfigurability than an ‘emergent’ game or game-like human resourcing dynamic.

Just consider for a moment the precise dynamics of this unruly ‘resource’.

It essentially takes James Paul Gee‘s ‘Affinity space‘ model (emergent communities connected to a game but engaging in activities which are both inherently connected to and in many ways potentially independent of the game) and introduces several additional complicating features.

As if this infernally tangled meta-variability (we could call it an ‘affinity enterprise’ when it incorporates this ‘business angle’) were not sufficiently complicating as a basis for a game, remember we aren’t talking about just applying this to a game.

Nonetheless, if this happens to be the tiger that needs to be tamed (in other words, these ‘epiphenomena’ may potentially emerge, come what may: if they do, then successfully monetising them would be the holy grail of option 4) in order to secure control of the small (but growing) screen situated in front of the world’s couch potatoes, then as undoubtedly impressively innovative as those big contending players’ achievements might be, this requirement unquestionably looks like it has the capacity to ultimately overwhelm them.

So what would it take to be able to tackle this task that looks like ‘nailing jelly to a tree’?

I haven’t covered the ways in which anything that he is talking about would apply to non-game content (because that needs discussion of additional tools which would, among other things, effectively introduce realistic and compelling ’emergent gameplay-generated content’ into non-game content creation processes) because I intend to discuss this in another article.

Nonetheless, he is unquestionably intending to make a serious play for the future of TV and it is the kinds of sensibilities that he is bringing to the market that in my view put his prospects for success head and shoulders above the competition, surprising as that my seem, given the comparatively diminutive size of his current operation, when viewed from the perspective of the other larger contenders.

Watch the video to see why I am placing my faith in this guy’s bid.

Gabe starts addressing the issues above (but only in the context of games) at about 32 minutes into the clip, which is where I have set it to start.