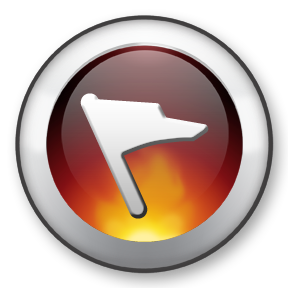 Startup founders, while their venture is still revenue-free, are not really self-employed. Unless they’ve also got a day job, they’re technically unemployed. This fact opens up opportunities for some really imaginative startup incentives

Technically, all that being ‘self-employed’ means is that you pay yourself income, but if you don’t (because you can’t, because there isn’t any) and you also don’t have an employer who does, then if you’re below retirement age, you’re probably eligible for any unemployment benefit that’s available, startup, or no startup.

If governments want to reduce unemployment, one of the things that they can do is to encourage you to start a business.

One of the (admittedly, inadvisably brutal) ways they could do this would be to eliminate unemployment benefit, but introducing widespread starvation (which might just happen if the businesses that people were ‘encouraged’ to start were not producing enough to live on by the time the next dole payment would have been due) might, for some unaccountable reason, not be universally recognised as a risk-free strategy.

Nonetheless, one would probably be somewhat rash to put this beyond the (last?) pronouncements of a sufficiently desperate administration: ‘…as an integral part of our ongoing efforts to vigorously encourage individual personal participation in entrepreneurship and innovation, whilst at the same time bearing down relentlessly upon unsustainable public expenditure…’

So why not ‘go the other way’ and offer the unemployed extra (rather than less or zero) unemployment money if they start their own startup?

Although there are a myriad ways in which this could be cynically exploited (running a pointless business, deliberately staying unprofitable indefinitely) many would claim that these are exactly the same kinds of thing that many ‘conventional’ businesses do, and we don’t use that fact as a reason to change the system.

For example, all over the world, many ‘commercially unsustainable’ enterprises, big and small, often survive indefinitely on an exclusive, if often somewhat precarious ‘hand to mouth’ diet of public sector contracts, without necessarily ever having made a penny on anything resembling the open market.

So why not consider treating the unemployed bootstrapper with a bit more ‘laissez faire’?

Arrangements between governments which specifically favoured each other’s welfare-supported entrepreneurs could even improve such highly-prized startup success measures as export statistics.

In times of austerity, instead of cash, vouchers could be issued (for the amount which exceeded existing unemployment benefit, the ‘entrepreneurial subsidy’) which could be exclusively redeemable against the products or services of other similarly subsidised startups, thus contributing to the startup ecosystem by essentially creating ‘bootstrapper currency’.

Any other ideas of this kind, anyone?

What’s different for VCs in the era of the lean startup?