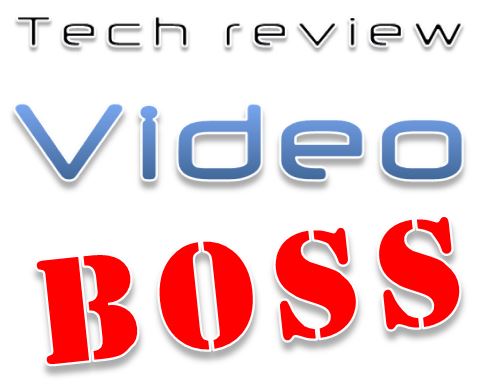 A formidable new contender on the tech review scene

His YouTube channel alone is an eye-opener: is a new standard for consumer technology review videos being set?

Up until about a week ago, a long-standing benchmark for ‘tech news and reviews’ videos (at least as far as I was concerned) was owned by someone who was arguably the leading pioneer of this ‘genre’ of online video: Chris Pirillo and his highly engaging and informative TL;DR (The LockerGnome Daily Report).

The long-established TL;DR format consists of Pirillo sitting behind a desk and reading the day’s tech news headlines from a tablet (which he sometimes holds up to show us) and then offering opinions from the perspective of one of the online world’s most well-connected and relentlessly committed consumer tech devotees.

Pirillo is an unapologetic enthusiast of the ‘digital lifestyle’, which in his case includes ‘vlogging’.

This means that he shares his daily life-experience on YouTube (which inevitably includes him and sometimes his family using consumer technology and getting involved with technology driven events, people and conferences).

Does the fact that he vlogs his digital technology lifestyle make Chris Pirillo a better reviewer?

Suddenly, despite the fact that Pirillo’s unique daily contributions remain as indispensable as ever (although it definitely needs to be said that his intensely animated, quirky and playful style is probably not to everyone’s taste) it looks as if the bar may have just been raised a notch or two.

Marques Brownlee’s review of the much-publicised Samsung Galaxy S4 launch, whilst it was not markedly different from many other video reviews of the event in terms of content, it seems in my mind to have significantly outshone even the ‘leaders’ in the field.

Whilst Pirillo’s TL;DR is excellent for reviews, many would consider the primary sites for ‘on the spot reporting’ on consumer technology to be the leading ‘tech blogs’ such as TheVerge and Engadget (although I find myself watching Pirillo’s TL;DR more often than the others).

Brownlee seemed to me to bring a depth of insight (for example his personal take on the implications of Samsung’s potentially pivotal move away from its long-established emphasis upon hardware improvements towards ‘doing magic tricks with software’: he’s obviously not the only one talking about this aspect, but he just seems to me to intuitively contextualise it a bit more effectively than most) which immediately gave me the unmistakable impression that he deserves serious consideration for a place among the leading reviewers in this field.

It was this which, when combined with both the overall quality of his presentation and the higher than average production values (even though sometimes the image quality did occasionally seem just a tiny bit soft for HD) of the video, seemed to me to be setting a new standard for this kind of video.

Ladies and Gentlemen of the consumer tech appreciation community, in my opinion, from this day forth, failing to watch Marques Brownlee videos may leave you decidedly under-served in terms of your daily diet of news and reviews.

At the time of writing, according to this source Brownlee is ranked number 2 in the United States among just under 5 million US members of Google+ in terms of being ‘Most Engaging This Month (by Comments)’.

Could Luton turn out to be the UK’s first Silicon Town?

Is procedural synthesis just a mirage?