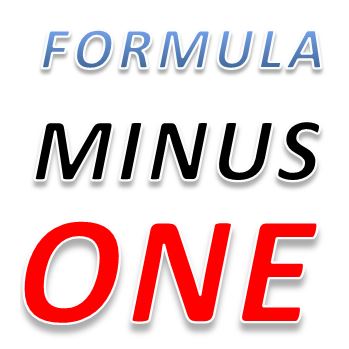 In five years from today, no human driver will be able to win a race against an autonomous car.

The only reason anyone would want to put a human inside the world’s fastest racing car from that point onward would be as a way of increasing televised viewing figures, because by then, autonomous cars will be racing at speeds no human could reasonably be expected to control.

“They’re taking everything I’ve got, and when it’s all done, they’re going to be geometrically better than I am”

Legendary veteran Thunderhill Raceway CEO David Vodden who talked in a session where they were busily attaching electrodes to the outside of his skull, in order to teach his driving skills to a car.

The human in the car would be nothing more than a highly paid but utterly helpless hostage to fortune, a mere passenger with a fate decided exclusively by whether the other, unmanned cars in the race were driving at speeds which proved too fast for their onboard computers to control without them crashing.

The one remaining technological challenge for human vs. autonomous ‘racing’ would then be to cocoon the human occupant effectively enough to make any crash safely survivable, something which may be too tall an order if autonomous racing is going to be much faster than anything similar that humans do today (which is why the advent of autonomous high performance motorsport may end up just pushing human drivers out of the racing loop).

If you decided today that you wanted to build a car that had the power to drive way too fast for a human to control its top speed in a racing context, any design engineer with the relevant experience would tell you they could do it, but they would also tell you that there would be no point in building it, because although it would be be able to go faster than any of today’s fastest racing cars, nobody could race in it (in anything other than a drag race, which the human would still lose against a driverless dragster, for the reasons given below) without either restraining themselves from using its maximum speed, or it going out of control and crashing.

The reality is that autonomous-only races, if taken to their logical conclusion, will enable the development of cars that are not like either formula one or ‘standing quarter mile’ cars, primarily because, if they don’t have a human driver, just about everything relevant to being unmanned will make them quicker.

Putting one of these ‘driverless racing vehicles’ up against a human-driven (and different, but still maximally racing-optimised) car will (irrespective of ‘driver capabilities’) result in an unrealistic mismatch of vehicles, a bit like putting a formula one car in a formula three race.

The autonomous car would have to be deliberately performance-restricted in order to make a race with a human driven car anything other than a cruel joke.

Nonetheless, the superior ‘reflexes’ of the driverless car will still be expected to embarrass the very best human driver, even if the competing car performance is a level playing field, such as where both cars were conventional human-driveable models, but where the autonomous car competing with a human driver had a human non-driving passenger (or something else of the same kind of weight) merely added to level the unmanned vehicle’s power-to-weight advantage.

The only reason a driver would ever find themselves inside an autonomous vehicle race from that point onward would be to answer the media’s eternal question: “what was it like?”

Ok, so where do I get my five year speculation from?

I’ll be honest, I actually believe this will all happen much sooner, I’m just hedging my bets.

If you look at the first video, you’ll see a rather impressive but low budget piece of experimentation that is already several years old, using technology that is now some way behind the current state of the art.

Even if that project had only made very limited progress, the unqualified success of Google’s much larger experiment with self-driving cars has pushed every single major automaker to commit themselves to exploring this field with ever-increasing urgency, whatever the cost.

The technology is now advancing at a much faster rate than ever before, reducing the cost, size and weight of the sensing and processing equipment, and simplifying the integration of autonomous driving capability with the rest of the driving technology of each manufacturer’s current and upcoming models.

Autonomous driving will almost certainly be something which is introduced into mainstream cars on an incremental basis, mostly as ‘driver assistance’ features, with the availability of full autonomy being the last but one domino to fall (the very last will be ‘true driverless-ness’ characterised by models distinguished by the absence of a steering wheel, something I definitely would not expect to happen in five years).

Just for fun, imagine steering-wheel-less cars coming with a built-in Kinect-like facility which allows them to be operated in an emergency with a virtual steering wheel and virtual pedals.

The temptation to take the fruits of the development of autonomous driving technology which has been developed exclusively for road-based motoring and apply that technology to track-based motorsport (or for that matter, off road rally racing) is unlikely to be resisted for very long.

Billions are already in the process of being spent bringing autonomous driving to the motorist, but a budget of far smaller proportions will be needed for pioneers of any future autonomous, full-sized, high-speed motorsport industry.

I’m predicting that this will happen soon and that by the time it does, there will be little if anything that needs to be spent on improving the driverless technology to cope with greater speeds than the street motorist will require.

The first video above already shows that this challenge proved to be no serious obstacle several years ago.

As a result, most of the work required to be done to create an autonomous racer will be mostly about making cars which can just propel themselves faster than human driven racing cars.

This, when you optimise the physical design of a car with the engine performance of your choice to exclude all the speed-inhibiting encumbrances of a human body which you have replaced with a much smaller and lighter autonomous driving technology, sounds to me like a challenge which would take a lot less than five years to overcome.

Which new technology market is expected to reach $177 billion in five years?

No, it wasn’t “touch” that Jobs saw in that first demo

Should the UK government convert student debt into startup equity?