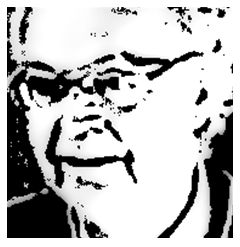 Quiet and unassuming, but with a wickedly dry sense of humour: the iconic ambassador of the algorithm has a life story which deserves a wider audience than just computer scientists, who are as likely to have read his Art of Computer Programming as to have listened to Dark Side of the Moon

He’s the kind that makes a promise and then keeps you waiting, sometimes for many decades, but the result, when it finally arrives, is often something which shakes the whole world. I’ve been waiting for a good biography video about him for ages, and I’ve just found it.

This excellent presentation on Don’s life and work is by Leon Sterling. At the time of this talk, Leon was Professor of Software Innovation and Engineering, based at the Department of Computer Science and Software Engineering at the University of Melbourne, Australia. He is now Dean of the Faculty of Information and Communication Technology at Swinburne University of Technology in Melbourne

Leon is perhaps best known as a co-author (together with Ehud Shapiro) of a classic textbook, “The Art of Prolog” (MIT Press, 1994), named after Knuth’s seminal contribution.

This event was held as part of a seminar series called Key Thinkers. It was held at the University of Melbourne, Australia, on September the 3rd, 2009.

And here’s part two of Leon’s talk about Don:

And here’s what will inevitably become an historic video of ‘An Earthshaking Announcement’ (which is how it was  billed by Don in his announcement of the announcement) at the TEX User Group (TUG) 31st anniversary conference in San Francisco on Wednesday June the 30th, 2010.

There had been much speculation as to what he was about to announce, including suggestions that he had solved one of the fundamental problems of mathematics (the P=NP problem) or was about to put The Art of Computer Programming into the public domain, or even that he was intending to undergo a sex change. If you’re intrigued to learn what the announcement was, just watch the video below:

Don’s web page is here. The big news at the time of writing is that The Art of Computer Programming Volume 4a (Combinatorial Algorithms Part 1) has just been released.

Robert Scoble has just done an interview with Don at the launch of the new exhibit at the Computer History Museum in Mountain View, California. It’s in two parts, here’s part one:

And here’s part two of Robert’s interview at the museum:

Could Luton turn out to be the UK’s first Silicon Town?