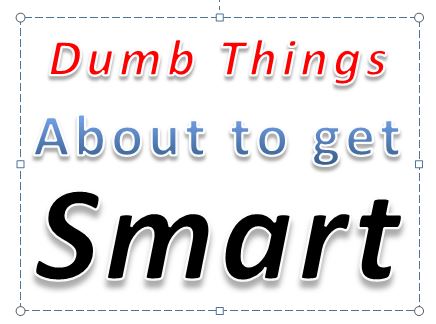 On the Internet of Bits and Pieces, “just works” won’t be good enough

Yesterday’s light switch just works. Dark? Click. Light! Today, ‘Just works’ is lame. I want things that can see, hear, remember and tell me what they’re doing. In fact, I want anything with a switch on it to be able to do whatever I want, maybe even before I know I want it to do it

It used to be called home automation, something which has been “about to be the next big thing” for decades. Now they’re calling it The Internet of Things. It probably isn’t cheap enough yet, and lots of it is so new that it’s still on KickStarter.

But a recent collapse in cost means that talk of breaking through to the mainstream is sounding a lot less unrealistic this time around. It’s time to ask some fresh questions.

Why hasn’t this taken off before? We’ve had the Internet for ages

The old barriers were cost, complexity and a lack of standards (typically, nothing you brought home that had a switch on it could easily be coaxed into communicating intelligently with anything else you bought, especially if it had a different brand name on it) so that ‘automating things that aren’t usually automated’ has always been something which only people with a lot of spare time, money and geekish enthusiasm and patience could be bothered with.

We’ve all seen countless movies, some dating back to the black and white era, where the billionaire gadget-freak’s ‘smart home‘ is tricked out with ‘automated everything’ and it either inspires genuine awe or, more likely, mirth depending upon whether things work uncannily smoothly, or where (as most jaded moviegoers would likely anticipate) everything either suddenly starts going wrong, or even worse, somehow everything starts ‘working’ at once, making the whole automation thing look ridiculous and making its formerly proud owner look like a pathetic loser.

Overcoming this long-established association with farcical impracticality is one of the key challenges for the Internet of Things.

But just as the media caricatured the shoebox-sized silliness of the first mobile phones (and therefore quite possibly held back widespread widespread adoption until well after the technology had matured) it’s looking like ‘automating everything’ (or at least giving everything eyes, ears, a mobile app and a behaviourally-driven mainline into your soul) is about to become so cheap, effective and (at least physically) unobtrusive that the ‘techno-fascinated but ultimately sceptical’ media may be wrong-footed once again if they ignore it or treat it with disdain.

Why is the Internet of Things happening now?

For three completely separate reasons, all of which are due to smartphones, even though many Internet of Things types of thing (such as tags) don’t actually use mobile phone networks (and for that matter, don’t even use the Internet) to talk to other things.

Three reasons why smartphones have made the Internet of Things imminent:

Smartphones mean that Internet Things doesn’t need devices to have their own displays: displays on small devices are expensive, (comparatively) bulky, power-hungry and utterly redundant if the Internet Thing in question can use your Smartphone as its display. Eliminating the need for small devices to have their own display (and yet at the same time possessing the kind of accessibility and control that only a display-driven user interface can provide) is an astonishing, transformational change to the entire world of automation and one that The Internet of Things puts directly into the hands of everyone with a Smartphone (or in many cases, even anyone with a mere feature phone).

Smartphones are powerful computers, so small ‘intelligent’ devices don’t need to have one. Small devices which are on the Internet of Things don’t need to be able to do any computational heavy lifting if they can offload any of the processing work required to make them do a useful job to an App that runs on a device that people already carry around with them. Once again, smallness, cheapness and battery battery lifespan all get a tremendous boost as a result of reducing the amount of work that a connected thing needs to do, as a result of being able to delegate that work to a device as ubiquitously connected, accessible, available and functional as the smartphone. Technology that would be impractically expensive and difficult to miniaturise suddenly becomes perfectly feasible because smartphones relieve them of what would otherwise be a prohibitive overhead.

Smartphones suddenly made sensors cheaper the moment they put accelerometers in there in order to tell whether you were holding the phone vertically or horizontally. The race to put more and more technology into phones is putting more and more sensors in there for light, heat, touch and every other aspect of human presence and environmental condition. Cheap sensors are what the Internet of Things uses to make dumb devices smart.

Sure, the phone networks (and also non-mobile wired broadband connections) can put things (that are in The Internet of Things) onto the Internet, but the irony is that the things that are finally bringing these hitherto unconnected things to life are smartphone phenomena which are much more directly connected to the smartness of smartphones, rather than their phone-ness.

The questions that this raises are old ones though: when? How cheap? Should I wait for everyone else? Are there drawbacks?

Two ubiquitous technologies most techies know nothing about