> Technology > Web & Consumer Tech > Microsoft can beat Google, but only by letting go of a cow 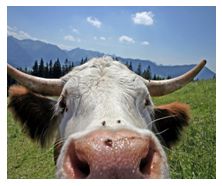 Microsoft can beat Google, but only by letting go of a cow

It may be a cash cow, but a ‘Windows first’ policy is holding back Windows Phone in a field dominated by Android

Microsoft makes some development tools which eat Google’s mobile lunch, but not when you try to use them to make Android apps.

What if Microsoft made Visual Studio better at making Android apps than Google’s own tools?

You can already hear howls of indignation at Microsoft: “What? As if Android needs any help! We’ve got to give Windows Phone as much of an edge as we can, not give away the biggest thing that we’ve got over Android, which is our vastly superior development tools: Why should we listen to anyone who recommends such self-inflicted wounds?”

That’d sound like it was right, but it’s not.

Mobile app development is much less of a single OS world than Microsoft is used to catering for. They simply don’t understand the truly OS-brand-indifferent nature of the mobile app developer experience.

If they did, they’d realise that the painful limitations of the Android SDK, rather than being a reassuring contrast with the slickness of Visual Studio, are a testament to the relentless determination of the mobile app builder to ‘get something onto the market and nothing, nothing will stop me getting as many users as I can’.

What if every time you developed an Android app, you also produced a Windows Phone app with hardly any additional effort? You could do that if Visual Studio got seriously better at developing Android apps.

Because there is an enormously bigger number of people making Android apps than there are making Windows Phone apps, if a significant proportion of Android developers could be tempted to build a single app that could be painlessly deployed on both Windows Phone and Android platforms, the numbers of apps available for Windows Phone could suddenly go crazy.

But Microsoft management would balk at such a proposal: “Shooting ourselves in the foot! Google would always be able to humiliate us by constantly releasing new versions of the platform that would immediately make our Android tools out of date, it’s what we would do!”. Yeah, like Android developers are soooo used to the mobile scene being as coordinated as the desktop and laptop market in terms of up to date compatability. Right. Have you seen the insane number of hardware incompatibility issues that mobile app developers have to cope with? And is that slowing them down?

Here’s the rub, Microsoft: the way Android developers work, there’s nothing you, Google, or an infinity of variations of smartphone platform quirks can do to stop them churning out an endless stream of apps for as many phone and OS permutations as their users want to download onto.

But by making those same developers able to do the exact same thing for Windows Phone users, you are going to be creating a ready market for many thousands of developers for whom up until now, you and your mobile technology have been completely irrelevant. Free that cow now, man.

Easy being green? Not if you make mobile handsets