> Global View > The Americas > In at the birth of biotech investment 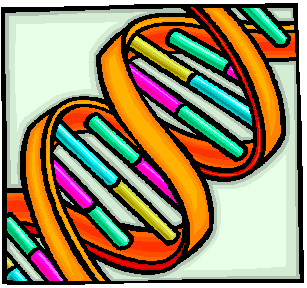 In at the birth of biotech investment

Biology has replaced chemistry as the primary science behind drug discovery: how did this transformation begin, who was involved, and how did it get funded?

A familiar cause of failure in business is when the sales staff ‘know too much about the technology’ and become distracted from the relationships which enable them to close deals. So when a scientist attends the birth of a revolutionary new technology and then takes on the job of trying to sell the idea of investing in it, her success is hardly a forgone conclusion. Which is one of the things that make this extraordinary interview so fascinating.

After watching the video, unless you already know her well, I’m sure you’ll be wanting to know more about her.

She is the Founder, Chief Executive Officer, and Partner at Science Futures, Inc. In 1983 she founded the firm after leaving Biotech Equipment Sales. Nola is a biotechnology industry leader and a forward thinker who has more than 32 years of business experience in the life sciences and venture capital investment.

Her industry experience includes sales and senior management positions at Miles (Bayer) and Millipore Corporation. Nola was an Industry Advisor at TVM Capital GmbH. She also opened the San Francisco office of TVM.

Nola later became a Venture Partner, and guided the office to make investments in the nanotechnology and convergence area. She was a Limited Partner in TVM Medical Ventures Fund since 1998. Nola began her career at Ames Company.

At Millipore Corporation, she held key sales and senior management positions, her last position being the Vice President of the Biotechnology division. During Nola’s tenure between 1976 and 1982, the company’s annual revenue skyrocketed from $40 million to $350 million.

From 1994 to 1997, she was the Founding President and a Member of Board of Directors at Sequenom, which she founded along with Dr.Hubert Koster. As the founding Chief Executive Officer of Sequenom, Nola laid the groundwork for subsequent financings and the company’s initial public offering in 2000.

She was one of the first biotech Analyst on Wall Street working for Drexel Burnham Lambert and Merrill Lynch. Nola worked with prominent venture funds such as Kleiner Perkins Caufield & Byers, Oak Investments and IVP to create companies such as IDEC, Resound, InSite Vision.

She is a Member of Board of Omicia, Inc.and Zonagen, Inc. Nola is the Chairwomen of the BayBio Institiute and is on the Board of Advisors of Astia. She is one of the founders of two industry events, the Biopharmaceutical Conference in Europe and the Biotech Meeting at Laguna Niguel.

Nola is also a founding Member of the Forum for Women Entrepreneurs & Executives, and is a mentor to the Women’s Technology Cluster. She was named to the American Ireland Fund‘s “Business 100“ leaders group for 2004 and was named the Alumnae of Achievement at Marymount in 2005.

Nola frequently writes and lectures on the business of Biotechnology.  She received a B.S.in Biology and Chemistry from Marymount College, an M.Sc. in Biological Sciences from George Washington University, and completed doctoral course work in Molecular Biology at the University of Florida.

What’s it like when government and business publicly sit around the same table?