> Global View > The Americas > Either crack the Dilbert paradox, or get innovation you can’t believe in 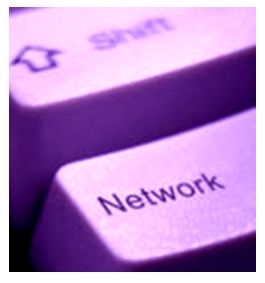 As much as organisations tell us they want to attract fresh, innovative talent, their culture often just says no. John Hagel thinks that there’s a move coming from social networks toward ‘joint creation’ that’ll address this

Here are details of his latest book (released April 2010):

The power of pull

We are feeling the impact in our daily lives and businesses are currently experiencing it in declining corporate performance.

John Hagel, co-chairman of Deloitte’s Center for the Edge

Pull is in the air. Consumers pull movies and news items on demand. They pull the information they need at light speed on Google. But these activities are merely the surface of something more profound that is reshaping today’s world.

The growing stress felt in people’s professional lives is not just a reflection of the current economic downturn. It is pressure that stems from the realization that the traditional ways of working and living are increasingly broken.

THE POWER OF PULL:  How Small Moves, Smartly Made, Can Set Big Things in Motion (Basic Books; April 2010 by John Hagel III, John Seely Brown, and Lang Davison) goes beyond the surface events that are often distractions and examines the deep forces reshaping the world.

Drawing on stories and examples from around the world, the authors and Deloitte Center for the Edge leaders show how pull can be more systematically used to shape serendipity.

They show that the public perception about pull is just the tip of the iceberg, obscuring the real power of pull.

The authors also provide pragmatic migration paths to aid readers in getting from where they are today to where they need to be in a world of pull.

The book brings a tight, logical, structure to this transformed world.

Deloitte’s Center for the Edge leaders identify and explain three waves of change, three levels of pull that are becoming central to success and three elements of the journey people need to make in order to understand and master pull.

We feel it is worthwhile to present it at length here because it contains material which is relevant to this story and that if you are interested, you might find these additional details useful

Because we recognise that it’s not common practice elsewhere to include more than a small fragment of a press release in an independently written article, we’d like to make a point of reminding you to take the declared and implicit interests of the source of any such release into account when considering its content

The three waves of change are:

The three levels of pull the authors identify are:

The three elements that shape the path that individuals and institutions must take in the journey from push to pull are:

Recognizing and grasping these changes, the levels of pull and the elements of the journey are vital to understand what this new world will look and feel like.

Only one out of every five workers in the United States is really passionate about his or her work, according to pioneering research conducted for the book.

But, the authors offer hope for a more passionate future as the new world of pull gives people more opportunities to shape their futures and roles.

Business leaders who embrace the power of pull can find the framework to better understand how to expand their organization’s impact with fewer resources.

Passionate, engaged workers will be a large part of that expanded impact.

These are the employees that turn pressure into opportunity and are more likely to seek out challenging roles that drive them to test their limits.

These workers see new and daunting challenges as opportunities to get better at what they do.

The book explains how to identify and use them to their fullest capacity.

THE POWER OF PULL is a compelling primer to navigate a new landscape at work, at home, and at play.

Its message resonates beyond the business world, as evidenced by the overwhelming support from a broad group of corporate, political and global leaders.

The book has already been endorsed by a diverse cross-section of political and business leaders including former US President Bill Clinton, former speaker of the House of Representatives Newt Gingrich, Google CEO Eric Schmidt and renowned venture capitalist John Doerr, partner at Kleiner Perkins.

To learn what these and other influencers have to say about THE POWER OF PULL, visit http://www.deloitte.com/us/poweracclaim.

For more information about THE POWER OF PULL, please visit www.deloitte.com/powerofpull.

The authors bring together an unusual combination of backgrounds and experiences.

John Hagel, co-chairman of Deloitte’s Center for the Edge, is a noted business strategist who has helped companies around the world improve performance and carve out sustainable edges.

John Seely Brown, independent co-chairman of the Center for the Edge, is a prominent technologist from Silicon Valley who has been deeply involved in the technology innovation that has shaped the digital world.

Lang Davison, executive director of the Center for the Edge and the former editor of one of the leading thought leadership publications in the business world, brings deep insight into how to weave together deep insights into compelling narratives.

Over the years, these authors have written a number of best-selling books, including Net Gain, Net Worth and The Social Life of Information.

About the Center for the Edge

The Center for the Edge, part of Deloitte LLP, helps senior executives make sense of and profit from emerging opportunities on the edge of business and technology.

What is created on the edge of the competitive landscape—in terms of technology, geography, demographics, markets—inevitably strikes at the very heart of a business.

Its mission is to identify and explore emerging opportunities related to big shifts that aren’t yet on the senior management agenda, but ought to be.

While its focus is on long-term trends and opportunities, it is equally focused on implications for near-term action, the day-to-day environment of executives.

Education, prepare to meet thy maker