> Global View > The Americas > Sustainability: the IT nightmare that never was? 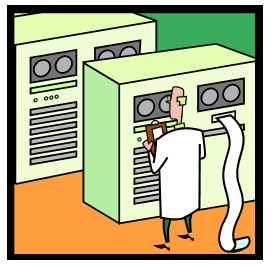 Everyone can see how Big IT could feel threatened by accusations of becoming one of society’s most voracious consumers of energy. And yet, it turns out that IT and sustainability are probably inseparable

IT represents a seemingly unstoppably growing appetite for power-hungry servers, thirsty data centers and a burgeoning contribution to domestic electricity usage. But as this panel reveals, sustainability presents IT with an opportunity to become the very thing that can turn it all around and make massive improvements in energy efficiency possible.

The panel session was called Information Technology Opportunities in the Energy Sector. It was part of a conference hosted by Stanford University called Creating a Sustainable Energy System for the 21st Century and Beyond held at Stanford on 288-29th September 2010.

This conference was held as the Stanford Global Climate and Energy Project (GCEP) Research Symposium 2010. In this panel session, GCEP principal investigators and student researchers highlighted their efforts and the latest technological innovations in solar energy, biofuels, advanced energy conversion and storage, the electric grid, and advanced carbon-based energy systems.

How green are the valleys?