> Global View > UK > Criticism of the iij? Too many solutions, not enough new unsolved problems 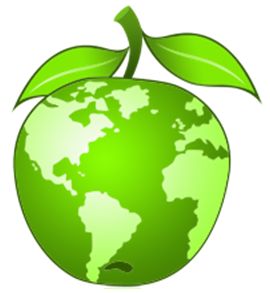 Far too often, we only present problems when someone wants to talk about their solutions. So here’s a seriously problem-rich, solution-craving topic: The Economic Impact of Biodiversity

In a field where solutions at the product and service level rarely appear on our radar screens, innovation investment mavens probably need to get some insight into the big, international, policy-level issues. This panel video should whet your appetite.

Here are the details of the event  as announced by the organisers. The event was part of The Biodiversity World Tour, which was a campaign created by CropLife International to explore the relationship between agriculture and biodiversity.

On October 20th, 2010 CropLife International, Europabio, and the European Crop Protection Association held a live town hall event at the Bozar in Brussels. Featuring a live and online audience asking questions in person and through social media the event looked at what technologies we will see in the future to feed a growing world while protecting biodiversity.

This video explores how we can actually put a value on biodiversity. We need to be able to do this in order to explain to people around the world why it is important to protect the diversity of life.

The details of panellists who spoke in the video appear below. There were two others who were on the panel but did not speak in the clip. They were the moderator, Lisbeth Kirk, Founder and Editor in Chief of euobserver and Shardul Agrawala, Senior Economist at OECD, Environmental Directorate, Head of Climate Change Division.

Here is a Wikipedia take on Agricultural Biodiversity. This is just a short (but directly relevant) extract.

Agricultural biodiversity is not only the result of human activity but human life is dependent on it not just for the immediate provision of food and other natural resources based goods, but for the maintenance of areas of land and waters that will sustain production and maintain agroecosystems and the wider biological and environmental services (biosphere).

Agricultural Biodiversity provides the resources below. (These were edited by me for concision).

So you thought Venter’s ‘Creating life’ was the biggest Biotech story ever?

Where does user generated content end and video journalism begin?