> Technology > Web & Consumer Tech > Could your avatar steal your soul? 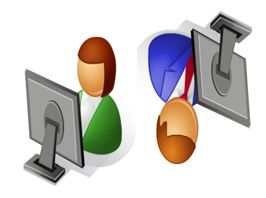 The practical essence of your personality will soon be surprisingly easy to steal. The coming generation of virtual reality will be able to appropriate so much of what it is to be you, that things could get seriously out of control

So many of us are so dissatisfied with ourselves that seizing an opportunity to deploy even the most clumsily represented alternate identity has proven to be an irresistible temptation for a rapidly growing proportion (millions) of the online population.

It is as if many of us are, and have always been waiting for something which addresses this need.

Every advance in the representational sophistication of such ‘virtual ambassadors of our chosen selves’ has had a strong track record of reaching out to an ever larger ‘psychographic profile‘ which seems to harbour a powerful latent yearning to take advantage of any opportunity to seem more ‘perfect’, more cool, more exciting, or just to be anyone other than who (we think) we are.

But it turns out that with the next move forward, we are going to have to be prepared to yield up a surprising amount of ourselves in order to seem who we want to seem.

You are going to need to ‘give yourself’ in real time to a system that is responsible for representing you, so that it can seamlessly and instantaneously translate your real behaviour into a realistic and compelling manifestation of the persona that you wish to convey.

When we want to explain what we mean by ‘having an avatar’ to someone who has never used one, we tend to restrict ourselves to describing the process of selecting a nickname, choosing an onscreen graphic representing our appearance, and probably chatting online whilst perhaps ‘staying in character’, the character of someone other than our real selves (although for many, the nickname and ‘unrepresentative graphic’ are in fact in order to preserve anonymity purely for the sake of privacy, so the issue of ‘avatars as alter egos’ may not always apply).

But if something is tracking our gestures, body language and facial expressions and mapping them onto a realistic 3D animated onscreen figure, as well as altering our spoken voice and maybe even ‘thematically reconfiguring our emotive dynamic’, (think Kinect 2, surely not all that far off?) then we are unquestionably moving into playing a whole new non-ball game.

The combination of unprecedented increases in addictiveness and ‘allowing a system to collect enough data to know you better than you know yourself’. What could possibly go wrong with that?

The video below is a talk given by Jeremy Bailenson at The Commonwealth Club of California on July 27th 2011 covering research (which raises at least some of the the issues above, along with many other highly relevant topics) presented in a book he co-authored with Jim Blascovich:

Here’s a press release about the book:

Virtual reality may seem a phenomenon of 21st-century technology, but, in fact, it has existed for thousands of years –– since human beings first developed the ability to imagine. The difference between then and now, however, is that our 21st-century technology allows us to create virtual environments and human representations that are functionally indistinguishable from physical reality.

What this means for the future is the topic of a new book by Jim Blascovich, professor in the Department of Psychological and Brain Sciences at UC Santa Barbara and co-director and co-founder of the campus’s Research Center for Virtual Environments and Behavior. In “Infinite Reality –– Avatars, Eternal Life, New Worlds, and the Dawn of the Virtual Revolution” (HarperCollins, 2011), Blascovich examines how these new developments in digital technologies increase the potential of the mind.

The book was co-authored by Jeremy Bailenson, a former postdoctoral student at UCSB and assistant research professor at the Research Center for Virtual Environments and Behavior. He is currently founding director of Stanford University‘s Virtual Human Interaction Laboratory.

“Immersion is a state of mind, and virtual reality is a concept that isn’t necessarily tied to any particular technology,” Blascovich explained. “It’s been around since storytelling. But every once in a while, there’s a media technology development that creates a paradigm shift.” The printing press was one, he noted, as were radio and television, each of which greatly expanded the reach of human-to-human influence.

“And now there’s digital media,” Blascovich said. “It allows transmission of perceptual cues via visual, auditory, touch, and other sensory information that influence us even though we often aren’t even conscious of them.” In the book, he cites a simple telephone call. “I might say I’m talking to Joe, but I’m really talking to an audio avatar of Joe: a digital construction of Joe’s voice. But we don’t even think that it is a digital construction. The same thing is happening with visual, touch, and other sensory information. And that’s how it’s getting with the other senses in terms of digital, immersive, and virtual kinds of things.”

“Infinite Reality” is the first book to detail the science of virtual reality for non-experts, identifying both the pros and cons of a revolution that is changing our lives. Citing their own research, Blascovich and Bailenson explore notions of consciousness, perception, neuroscience, media technology, social interaction, and popular culture as they pertain to virtual reality and vice versa.

They explore the virtual, including what emerging technologies and their applications have to say about humans. From timeless philosophical questions of the self, and concerns about the future of personal interaction; to our quest for knowledge, new experiences, and deeper perspectives; to all of our intentions –– honest or nefarious; virtual reality is simply an unbound extension of humanity, and its latest forms will soon be seamlessly integrated into our lives, the authors say.

As a media technology, even immersive virtual reality has existed for several decades –– think flight simulators and military training. However, even less immersive technologies can be very impactful, as evidenced by social networking and tweeting. These less immersive digital technologies have seen explosive growth because they allow people to easily share experiences virtually, according to Blascovich.

“It’s really powerful,” he said of the new technologies and the virtual experiences they provide. “But there is a yin and yang to it. One of the yangs is increased addiction.” According to “Infinite Reality,” the big four virtual reality addictions are video game playing, gaming and gambling, social networking, and sex. Society is going to have to deal with these and other negative consequences of the new technologies, Blascovich noted.

'How to', Innovation & Strategic

Snail mail about to fail?