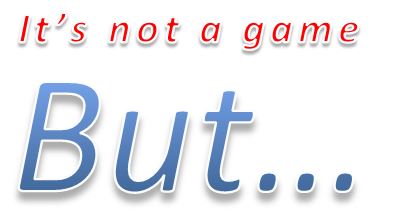 Google TV, Apple TV, Facebook TV, Netflix, you need to watch your backs. A more ‘socially optimised consumer experience’ may give Valve’s Steam an unbeatable edge over other contenders for tomorrow’s TV

Steam offers ways of not just delivering ‘social optimisation’ as a wrap-around service within which the content can be accessed: it can act as a ‘social lens’, through which content can be consumed either passively ‘as the content creators designed it’ or ‘socially’ where interaction between those consuming the content is overlaid and potentially even ‘woven in’ to the shared content consumption experience.

For non-gamers, it might seem totally random to claim that the future of conventional television viewing could be determined by something as goofily irrelevant as a video game distribution system (which is what Steam is, as well as being a whole lot more, as you will see).

The best way for an outsider (i.e., non-gamer) to get a really penetrating insight into what on earth a distribution system for computer games could possibly have to do with the future of entirely non-game-related video content will be to watch the first of the videos below and then to let me help you read between the lines.

The video is unsurprisingly (like most things that have anything to do with games publisher Valve) given from a gamer’s perspective (and is therefore sprinkled with gamer jargon, which non-gamers will just have to allow to ‘wash over them’ as they wait for clues to the relevance of what they are watching to non-gamer issues).

Unfortunately, just to make the relevance even less obvious to the non-gamer, this particular Steam review video introduces the added complication of being from a Linux perspective (there’s nothing wrong intrinsically with that, you may say, but it nonetheless introduces its own assortment of issues which are not directly relevant to the TV content issues that I am raising here).

Don’t worry, once you’ve watched (and despite the above caveats, the video is quite professional in its production, undertaken by a seriously respected games enthusiast) I’ll try to point out exactly what matters to the non-gamer interested in the future of TV (or ‘linear content’ as game developers call non-games).

My apologies if you felt disconcerted by ‘carrying on watching beyond the end of the review’ to find yourself watching reviewer Nixie Pixel proceed to sing the praises of her sponsor’s products (I imagine she has to cover her expenses, so I see no reason at all to begrudge this).

What you need to know: the context

The subject of the review is:

A new release of a Steam for Linux

She is excited because:

It looks like Steam will change the future of gaming forever

But we are not focusing on this aspect because:

This is may turn out to be a comparatively minor implication, and we’re considering the implications of Steam for TV, not games.

It’s a comparative review because:

This is in fact not relevant to the reason we are interested in what she has to say about it.

She finds that Steam more than lives up to her expectations.

She uses a bunch of different names for what she’s reviewing:

She calls the types of things she is comparing:

One client to rule them all

One client to find them

One client to bring them all

And in the darkness bind them

And to complicate matters further

Very soon after she starts presenting Steam for comparison, she talks about something which is ‘a product within a product’, something called “Steam Greenlight” which, although it actually has profound implications for TV (because it introduces a way of seamlessly socially integrating consumer/devotee community involvement in ‘pre-production’ into the content consumption process) we probably need to temporarily leave it out of this effort to ‘decode’ what she has to say, in order to keep it to a manageable size.

Things which seem irrelevant to TV but aren’t

She covers game-related support and compatibility issues: think they have nothing to do with consumption of non-game TV/Movie/video content?

Imagine a future (maybe this is already happening/planned on some other platform(s) somewhere?) where (for example) TV or movie content exclusively intended for DVD (with all the extras that are accessed off the DVD menu like deleted scenes and directors commentary) is intended to be released online in a form which allows all DVD-specific features to be accessed.

This inherently introduces compatibility issues when this ‘richly featured content’  is watched on hardware platforms which are very different to those that the content was originally intended for.

If Steam offers effective ways to fix this formidable problem for games (as it does) this capability could easily prove to be a decisive feature for TV content distribution, conferring potential early dominance (at least, perhaps before others follow suit).

Nixie Pixel, on the difference that using Steam makes to Linux gaming:

“It makes me wonder: why did having fun in Linux ever have to be hard?”

The Steam feature which she reviews which has the most relevance to TV:

She describes certain features of Steam as being ‘in-game goodness’.

The user interface that she’s talking about provides a two-way ‘social lens’ where you and your fellow game-players can see what each other are doing on-screen and communicate with each other as you play, in a way which makes the game’s consumption process interactively shareable with not just those playing the game with you, but with spectators and also those playing other, different games at the same time.

Imagine having this kind of lens, or head up display available as you are watching a movie, DVD or TV show.

You’d obviously still want to be able to selectively stop all that ‘social noise’ from being visible on screen if you were wanting to watch ‘without distractions’ in the traditional way.

But in this age of ‘Continuous Partial Attention’, offering an optional ‘shared consumption interface’ would turn TV consumption into a seriously post-millennial-friendly experience.

“So you’re seriously trying to tell me that, back in the day, the only way you could ever watch a movie, was with nothing happening on the screen but the movie? Sounds forever alone.”

So is Valve already doing anything with TV relevance?

Yes it is, but in this next video, it is studiously avoiding the issues mentioned above. It just seems to want to allow the TV to be used as a glorified games console. Nothing wrong with that.

So, is all this ‘reading between the lines’ about Valve’s interest in ‘socially mediated TV’ nothing more than unsubstantiated speculation?

Well, yes and no.

I’ll admit, the full substantiation of this aspect of Steam’s vision requires even more reading between the lines.

But I think you’ll find those lines (many of which definitely need you to read between them) in both of these next two videos.

Rescuing serious journalism by productively reducing it to mindless fun